As you were mesmerized by the beauty of Keilah, here is the other bewitching part of the said citadel, the enchanted garden with it's supernatural power to control natural forces and also the power of irresistible attraction.  Done in photoshop CS5.

Posted by Ferdinand Ladera at 10:03 AM No comments: 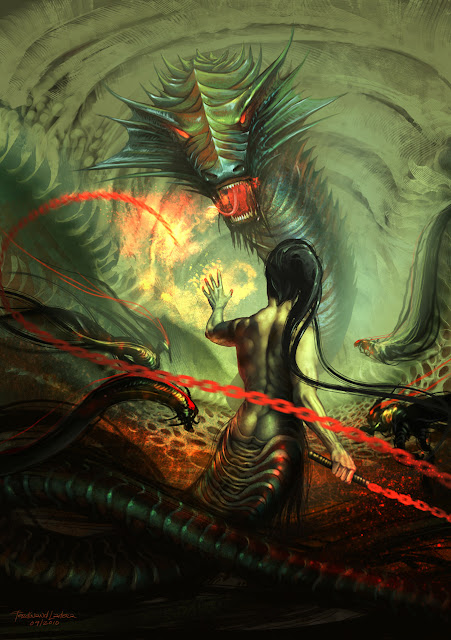 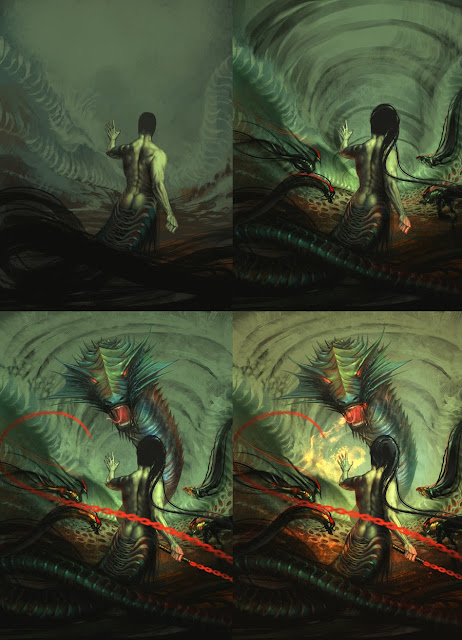 The Serpent Slayer, Guardian from the land down under Keilah's Citadel.

Done in Photoshop CS5.
Posted by Ferdinand Ladera at 9:19 AM No comments:

Sarracenia: It's About Time 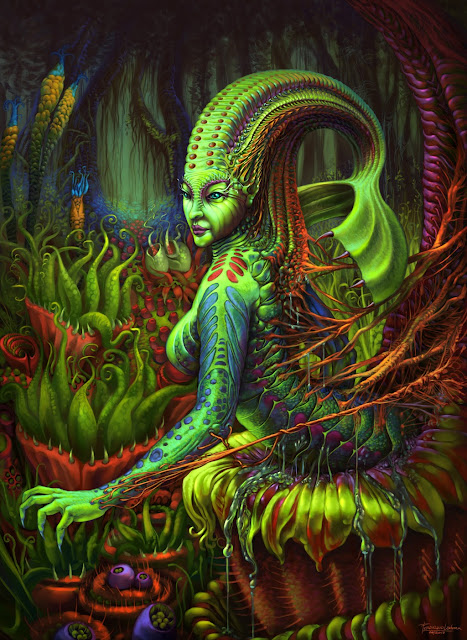 My concept character is based on carnivorous pitcher plants. Done in photoshop CS5

It was during an untimely war caused by the shrewdness of men who were greedy for position and power, a war of massive destruction amongst themselves. The nuclear reaction has brought earth to collapse leaving only those ingenuous organisms who were left unaffected by man's cruelty.

Years after, there then came a series of exploration from entities of the outside world,certain changes in the planet caused by the biological reaction and the biochemical effects used during the war were discovered, as well as new organisms that has the ability live on its own and can create life on its own. Brought about by their curiosity some immersed themselves in the culture of the planet even after the exploration. But they didn't last long... their death unexplainable.

3000 years thereafter. This blissful scenery from a certain part of Earth, which can be seen even from the atmosphere. An island secluded from the chaotic and derange life of Earth. This is KEILAH.

The time has come for the deities of Keilah to sprung and take charge of the new universe. Here is Sarracenia, the very first diety to immerge from their multi-faceted kingdom from the underworld.


This is the continuation of my previous artwork "KEILAH:A New Beginning".
Posted by Ferdinand Ladera at 8:48 AM No comments: