Shalosha, daughter of Lord Shaaladel of the Shining Land of Shahalesti, a warrior princess with diplomacy in her heart. Having once tied their loyalty with the Ragesians during the reign of Coaltongue, the elves with their mighty fleet are now ready to cast their lot on a new direction. Befriend Shalosha and earn a powerful ally, or cross her and make a vicious enemy.

Concept character for the game War of the Burning Sky - Online
http://waroftheburningsky.com/

GSG Systems brings you War of the Burning Sky - Online, a free to play, role-playing game based on the epic fantasy campaign saga created by EN World.
Free to play on  http://www.facebook.com/WotBSonline 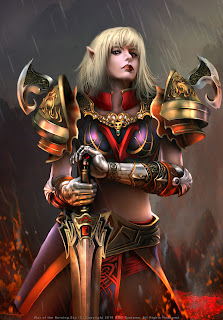 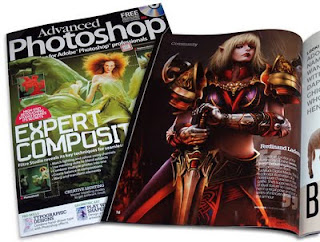 Posted by Ferdinand Ladera at 8:41 AM